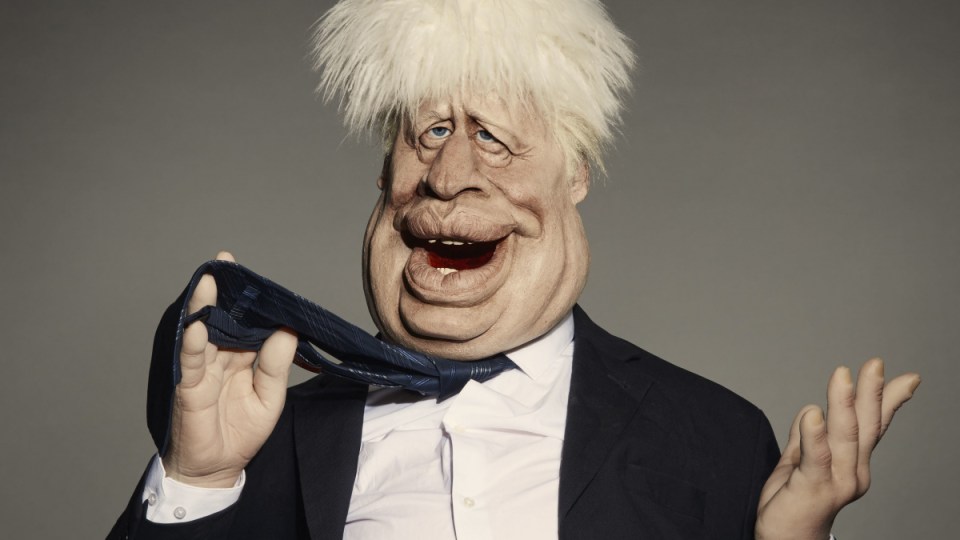 Boris Johnson will be in the crosshairs of Spitting Image. Photo: PA

British Prime Minister Boris Johnson and his adviser Dominic Cummings will be portrayed in puppet form as a dishevelled buffoon and a scheming mastermind in a revival of the cult satirical TV show Spitting Image.

The new series starting this year promises a more global line-up than the original 1984-1996 run and has already unveiled mock-ups of Donald Trump, Elon Musk, Mark Zuckerberg, and Prince Harry and Meghan Markle.

The original series lampooned then-prime minister Margaret Thatcher as a tyrannical boss who ate raw steak and called her ministers “the vegetables”.

The new series will air on BritBox, a streaming service created by the BBC and ITV broadcasters.

Pictures from the new incarnation showed an overweight rubber-faced Mr Johnson flapping a badly-knotted neck tie beneath a messy shock of blond hair.

His chief aide Mr Cummings, in contrast, has his hands pressed together in contemplation under his chin, paired with steep arching eyebrows and an enlarged cranium.

The portrayal reflects what some see as the relationship between the two men at the top of government.

Mr Cummings, architect of the 2016 Brexit campaign, is regarded by critics as the most powerful unelected man in government with an outsized influence over his boss.

At its peak, Spitting Image drew audiences of 15 million viewers – roughly a quarter of the population – who tuned in to see its no-holds-barred caricatures of politicians, celebrities and even the royal family acting outrageously on screen.

Queen Elizabeth was mocked up as a middle-aged housewife and her son Prince Charles as a hapless victim of his growing ears.