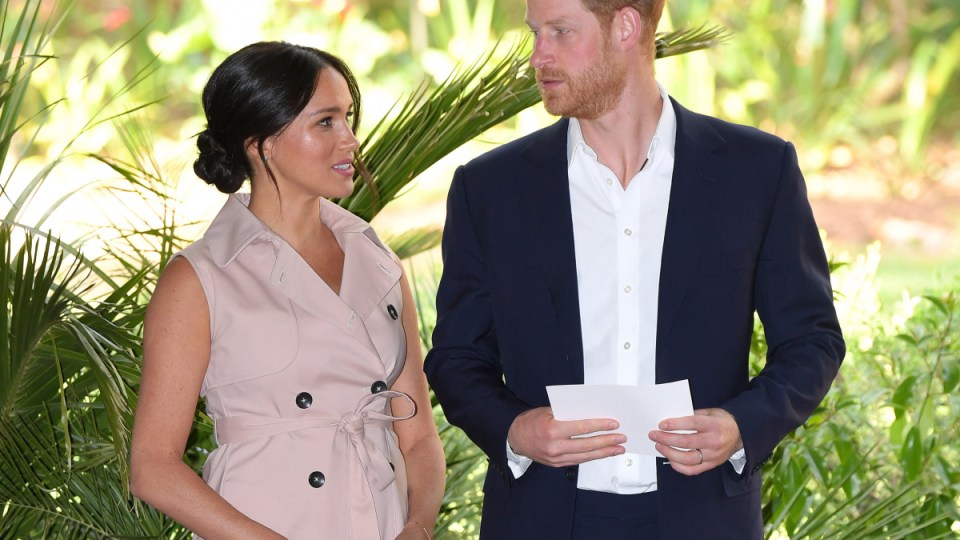 Unidentified drones are reportedly flying over their LA home at all hours of the night. Photo: Getty

Prince Harry and Meghan Markle have growing concerns over their safety after calling the police to report a drone flying over their LA home.

The pair have reportedly called the police on at least 5 occasions after the drone flew as low as six metres above the property.

A source close to the Sussexes told The Daily Beast that they believed the drone was operated by paparazzi looking to snap photos of them with one-year-old son Archie.

“They see these drones coming in at them, and they guess that they are being operated by photographers, but they can’t just assume that. Meghan received racist death threats at the time of her wedding, so the terror threat is very real for them,” the source said.

“But, aside from that, imagine if you were in their shoes facing that, how that would feel? To have drones buzzing around 20 feet above your head when you are trying to play with your son?”

Harry and Meghan were reportedly hoping the move to LA would give them some peace away from the prying eyes of the British tabloids who they famously sued last year.

But Harry and Meghan aren’t the only royals struggling in the spotlight.

Prince William is opening up about his mental health battles in a new BBC documentary.

The doco, called Football, Prince William and Our Mental Health, features candid conversations with the heir to the throne about his fear of public speaking and the power of football.

“We felt football was a good way to reach some of the hard-to-reach people to get them to talk about their feelings; to not let things get to a breaking point,” William said.

The Duke of Cambridge also explored how fatherhood re-opened old wounds from his past.

“I mean having children is the biggest life-changing moment, it really is.”

“I think when you’ve been through something traumatic in life – your dad not being around, my mother dying when I was younger, your emotions come back, in leaps and bounds,” he said.

“Because it’s a very different phase of life and there is no one there to kind of help you, I definitely found it very, at times, overwhelming.”

Forget picturing everyone in their underwear…

The Prince also dished out a helpful hint to those suffering with anxiety about public speaking, explaining how not wearing his contact lenses meant he didn’t have to see people’s faces.

“My eyesight started to tail off a little bit as I got older, and I didn’t use to wear contacts when I was working, so when I gave speeches I couldn’t see anyone’s face,” William said.

“And it helps, because it’s just a blur of faces and because you can’t see anyone looking at you – I can see enough to read the paper and stuff like that, but I couldn’t actually see the whole room.

“And actually that really helped with my anxiety.”

Harry and Meghan distressed over drone, and William’s anxiety tips