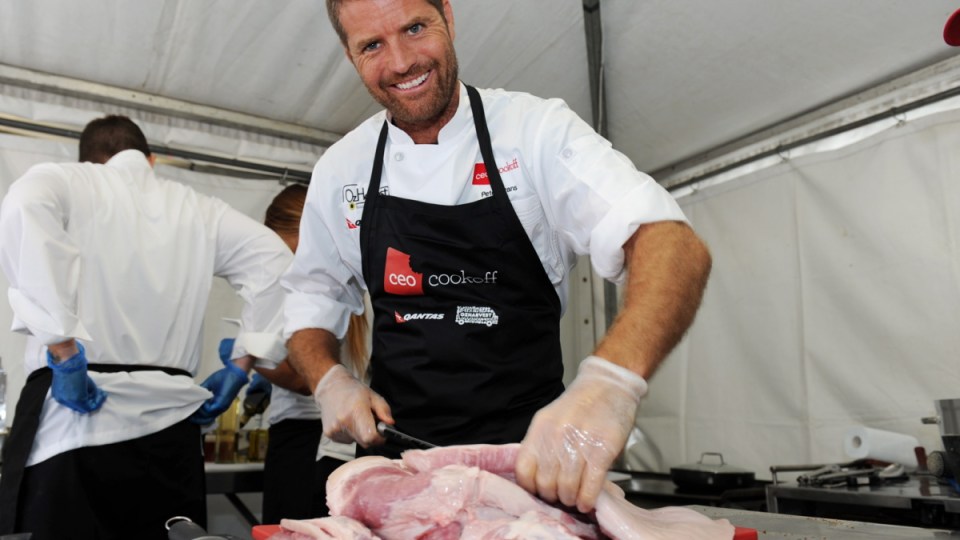 Evans' was reportedly on an $800,000 contract with the network. Photo: Getty

“The separation was an amicable decision”, according to industry website TV Blackbox, and will free up Evans to pursue his ‘alternative lifestyle’ empire.

But he will not return to MKR, which he has co-hosted since 2010.

At its peak, the reality cooking show dominated Aussie TV screens, with every episode watched by more than two million people.

But in its 11th season, it seems much of the show’s initial burn has faded. It’s become a ratings flop, failing to grab the attention of half of its anticipated viewership.

The damaging decline in ratings has left many wondering whether MKR will be able to pick up and return next year.

The split comes just two weeks after Evans was hit with a $25,000 fine from the Therapeutic Goods Administration for promoting the BioCharger energy revitalisation platform.

Evans came under fire in early April for spruiking the $14,990 “light machine”, and claiming that it could help cure the “Wuhan coronavirus”.

That wasn’t the first time the self-appointed new-age health guru had copped flack for flogging dubious products and perspectives.

Another serving of controversy…

On Thursday, Evans urged his 231,000 Instagram followers to tune in to a three-hour interview with conspiracy theorist and Holocaust-denier David Icke.

In the interview, Mr Icke claimed that COVID-19 was a “fake pandemic with no virus” and suggested that pandemic-related deaths were actually brought on by 5G antenna installations.

Mr Icke went on to suggest that social distancing regulations were akin to “Nazi Germany fascism”.

In recent weeks, Evans has shared many cryptic videos and Instagram posts relating to coronavirus conspiracy theories, including an anti-vax post on Wednesday.

His followers were quick to call him out on the questionable interview with Mr Icke, prompting Labor MP Josh Burns to pen a letter encouraging Evans to reconsider his promotion of the conspiracy theorist.

“I felt that it is important you are aware of the offensive historical works by Mr Icke,” wrote Burns in the letter, seen by The Guardian.

“Mr Icke was denied a visa to Australia for good reason – his conspiracy theories incite hatred of Jewish people.

“David Icke is not just controversial; he is a racist. He espouses a dark and old form of anti-Semitism that is personally offensive and that has no place in Australian society,” Burns wrote.

“While we obviously do not agree on vaccinations, I would hope that we could agree that all forms of racism must be confronted and opposed. As such, I ask you to not promote Mr Icke and his abhorrent views again.”

Evans, 47, has also been publicly criticised for promoting the controversial paleo diet for pregnant mothers and denouncing the use of sunscreen.

While Seven had previously tolerated his controversies it seems that, with the once-prosperous MKR ratings drying up, so has the network’s patience.