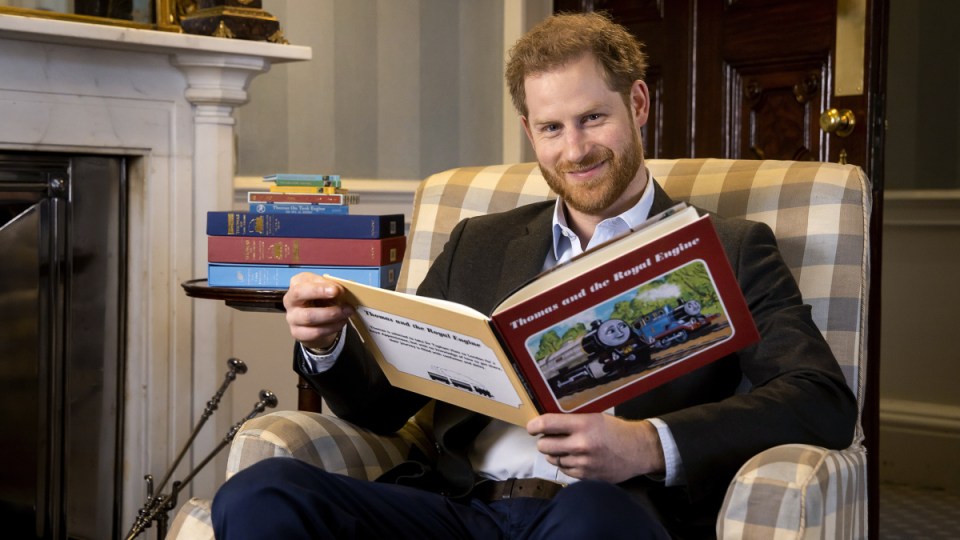 The Duke of Sussex has spoken of his “fond memories” of growing up watching Thomas & Friends as he filmed an introduction to a special episode of the animated show in which the Queen and a young Prince of Wales are characters.

Thomas & Friends: The Royal Engine is part of the 75th anniversary celebrations of Thomas The Tank Engine, which was created by British clergyman the Rev Wilbert Awdry as a storybook for his young son.

It will see Thomas travel to London for the first time on a mission to take Fat Controller Sir Topham Hatt to Buckingham Palace to receive an honour.

Harry filmed the on-camera introduction to the episode, in which he sits in an armchair holding a copy of the book, in January, and a donation was made to charity.

The Duke of Sussex filmed an introduction for a special episode of @ThomasFriends called Thomas & Friends: The Royal Engine.

It's to celebrate the 75th anniversary of Thomas The Tank Engine.#RoyalFamily pic.twitter.com/kpWHDmHvUY

He said: “Thomas the Tank Engine has been a comforting, familiar face to so many families over the last 75 years – entertaining, educating and inspiring children on important issues through exciting stories and characters.

“I certainly have fond memories of growing up with Thomas & Friends and being transported to new places through his adventures.

“I am very proud to have been asked to take part in this special episode. I wish Thomas & Friends a very happy anniversary.”

In the 22-minute special, Sir Topham Hatt has been invited to London by the Queen to receive an award for distinguished service to the railway, and a young Charles has asked that Thomas be the engine to bring him.

Thomas gets lost along the way and meets the royal train, called the Duchess of Loughborough, voiced by British actor Rosamund Pike.