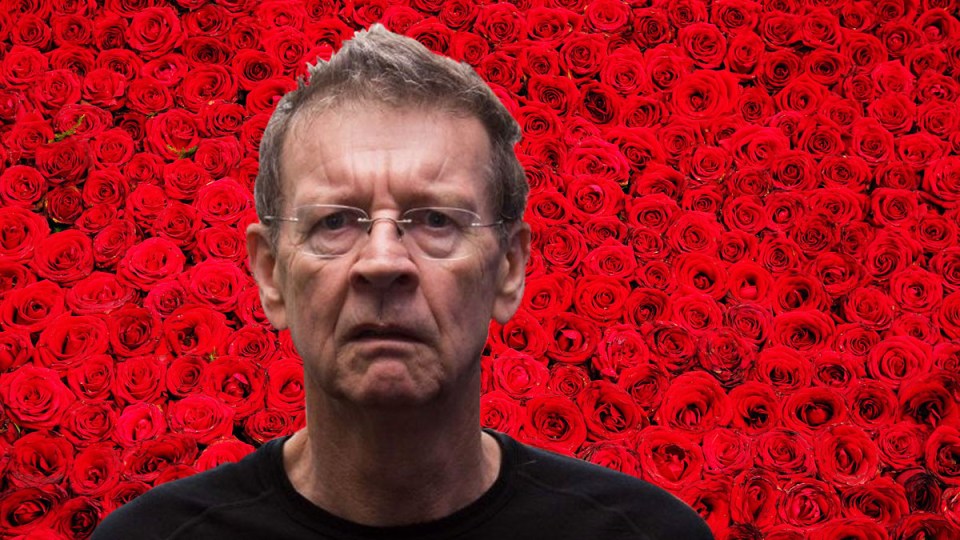 Turns out not being able to smell flowers is the least of Red's problems. Photo: Getty/TND

The afternoon was temperate and sunny. Promenading towards me, hand in hand, came a mother and six-year-old daughter.

The daughter was holding forth and the mother was pleased and attentive.

As we met the mother gave the slightest nudge to the daughter and she performed for us. She offered a small piece of paper with a flower printed on it.

Shock registered on the child’s face. Welcome to showbiz.

“I have no sense of smell. I bumped my head and now I can’t smell anything.”

They processed this information. I pursued the newly interesting topic.

If you had to lose a sense, which would it be?”

Back in the game, the child leapt in with enthusiasm, “Taste”.

It was time for the curtain closer. I offered this.

“The good thing about having no sense of smell is that if you’re at a party with a lot of people, you can fart really loudly and you don’t smell anything.”

On cue, the little girl laughed at the taboo word and the mother laughed with, presumably, a more complex understanding.

We parted happily, each with a story to tell.

As a friend once said, you’ll either have a good time or a story to tell. Excellent. There’s a good time either way.

When I was her age, my mother and I collected lavender in the park and made little silken bags to scent the wardrobe.

Now I cannot pass a lavender bush without grasping a flower, crushing it in my palm and breathing it in. Scent is beyond description. I could not arrange adjectives to convey it.

I discovered, a few years ago, that the lavender scent had become non-existent and duly reported this to the olfactory specialist. She gave me a bunch of scratch-and-sniff tests.

With the benefit of first-world technology, she announced the self-evident.

“You have no sense of smell.”

With requisite care, she produced a small, intelligent, electrical device.

“This is a gas detector.”

Fair enough. We can all create an unhappy ending with a match and an explosion.

She then braced and, with halting concern, said “there is something else you should be mindful of”.

I was all ears and no nose.

I laughed out loud.

At my local parfumerie they know my well-rehearsed routines and stand back with wry smiles and rolling eyes.

I pluck the eau de cologne that I once preferred from the shelf and approach unsuspecting customers for advice.

I explain that I cannot smell and stretch my arm up into the air.

I proffer my armpit, press it towards them and ask: “What would you do with this smell?”

They draw back laughing at the rich mixture of smell and the impropriety.

Yes, I can still taste. Must I list all five? Or is it six?

Perhaps it’s like being colour blind. I can make out the shapes, but I’ve lost some of the detail.

Imagine having a phantom limb. You simply feel an itch in your arm and then discover that your arm’s not there. It feels the same.

It turns out that there is something called phantosmia. Phantom smells.

It’s the neurons still firing in the brain despite the nose not sending the alert, like a car engine still running after you’ve taken the keys out.

The smells are often burning rubber, cigarettes, rotting and mouldy. Sometimes they are like nothing you’ve ever smelt before.

If I had phantosmia I could re-enter the world of bad smells. Fortunately I don’t fall into the unfortunate category of those with phantosmia..

Hang on! Was that a smell or a memory?

Red Symons explains why he never takes time to smell the roses, or deodorant