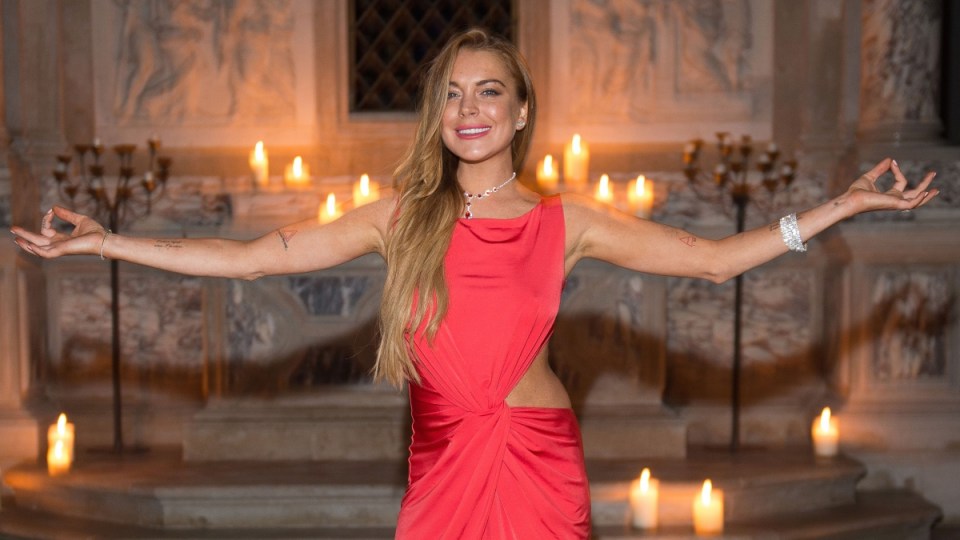 The decision to cast Lindsay Lohan in The Masked Singer has baffled some media commentators. Photo: Getty

As far as head-scratching casting decisions go, few have been as confounding as the decision to sign Lindsay Lohan as a judge on the Australian version of The Masked Singer.

For the uninitiated, Channel Ten’s new offering is a reality TV show where famous people in disguise perform a song and a judging panel guesses who the singer is.

Odds are when the celebrity is revealed there’s every chance we’ll still be thinking “who the hell is that?” … just as we do when the ARIAs rolls around each year.

Your first look is here! Which celebrity is behind the mask? #MaskedSingerAU coming soon to 10.

But the biggest mystery isn’t why Lohan was chosen as a judge on a reality show that requires specific local knowledge.

It’s that Channel Ten, which signed her up, won’t talk about it.

Every request The New Daily has made to the Ten publicity department to discuss Lohan’s casting has been ignored.

To be fair, it seems it has its hands full putting out Lohan-related spot fires.

Last week, reports surfaced that Hughes and Lohan were clashing, with Hughes revealing on his Hit Network radio show The Parent Trap actor had “complained about the fact she had to go downstairs to smoke cigarettes” during a production meeting.

He said she disappeared for 15 minutes, leaving cast and crew confused about whether she was coming back.

When she returned she had a helper with her to take notes on Lohan’s behalf.

The American has also apparently shirked some media commitments.

On Monday evening she was scheduled to appear on Have You Been Paying Attention? but didn’t make it to the taping.

At the time she was supposed to be filming she posted an Instagram video of someone washing her hair in the sea, with the caption “had to stay home and rinse my hair tonight.”

Had to stay home and rinse my hair tonight 🚿 💙 🛥

Without any official comment from the network, all we can do is speculate about why this baffling casting decision was made.

By signing Lohan, the producers were possibly hoping for a little trainwreck television.

Lord knows she can deliver the viral snippets when required (never forget her patented dancing style in Mykonos when she was filming her MTV show Lindsay Lohan’s Beach House).

Hughes’ comments quickly went global, so perhaps the Lohan gamble has already paid off for producers.

We should also acknowledge that we could be underestimating Lohan’s talent, and The Masked Singer could be a vehicle for a comeback after a number of shaky years.

When discussing her foray into Australian television, a colleague mused that “perhaps she is so irrelevant that she’s now cutting edge relevant and on the verge of a major career revival?”

Actor Dennis Quaid, who starred with Lohan in her breakout hit The Parent Trap, recently said he thinks she is due for a major comeback, describing Lohan as “one of the most talented people I’ve ever met at 11 years of age”.

And let’s not forget she’s a singer, too, which ties in nicely with her new Aussie gig, indicating this may be something of a strategic move.

Lohan announced in June she was working on a new album, so you can almost guarantee we’ll be seeing her bust out a tune or two on the show.

Whether Lohan and The Masked Singer is a match made in heaven or hell remains to be seen.

But as US website Bustle pointed out, upon learning of Lohan’s upcoming debut on Australian television, “whatever happens … we look forward to the inevitable memes”.

The biggest mystery of all about Lindsay Lohan’s Australian sojourn