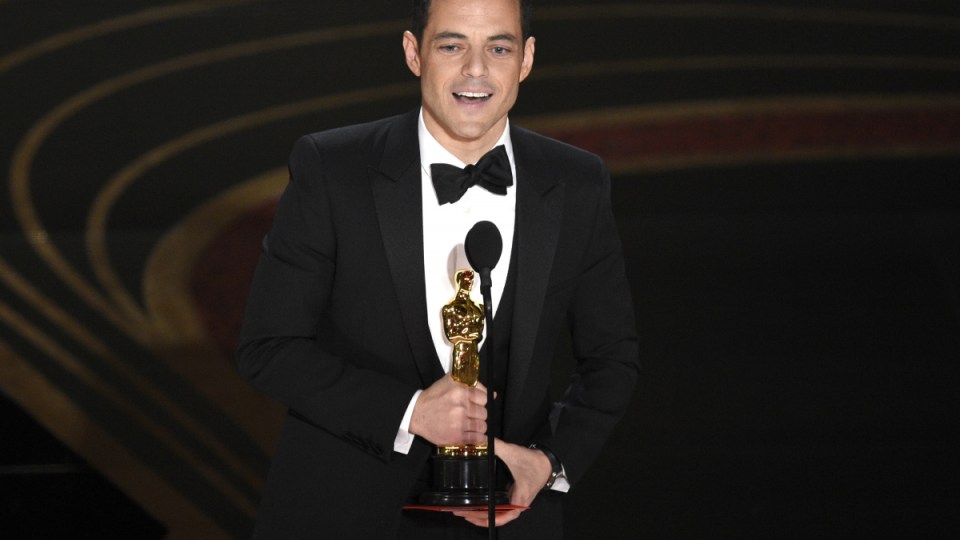 The 91st annual Academy Awards threw up a couple of surprise winners and a few sentimental favourite wins, but at the Dolby Theatre, most buzz was about Lady Gaga and Bradley Cooper.

The A Star is Born co-stars provided the first genuinely emotional star power moment of the ceremony when Cooper escorted Gaga from their front-row seats for an intimate, low-key performance of their nominated hit Shallow.

The performance scored a standing ovation and had Twitter in a spin about the pair’s chemistry, with many calling out the actor’s model girlfriend Irina Shayk for strategically sitting between them in the audience.

“There is not a single person on this planet that that could have sang this song with me but you,” she told Cooper from the stage. “Thank you for believing in us.”

She then went down the inevitable ‘worthy’ path by offering inspiration to acting hopefuls: “It’s not about winning, it’s about not giving up,” she said. “If you have a dream, fight for it.”

Gaga may as well have been talking to The Favourite’s Olivia Colman, her competition in the best actress category who pulled off a stunning upset to take home the trophy.

“This is genuinely quite stressful. This is hilarious. I’ve got an Oscar!” said a clearly shocked Colman, calling nominee Glenn Close her idol.

“This is not how I wanted it to be,” Colman continued, referencing Close’s domination of the 2018-19 awards season.

“I think you’re amazing … I used to work as a cleaner. I loved that job I spent quite a lot of my time imagining this,” she said before closing her speech by blowing a kiss to Gaga.

In a career spanning decades, Spike Lee won his first ever Oscar for best adapted screenplay for BlacKkKlansman.

After jumping into presenter Samuel L. Jackson’s arms, he brought down the house with his personal and political speech about making “the moral choice between love versus hate. Let’s do the right thing!”

Lee was beaten in the best director category by Alfonso Cuarón (for the Netflix release Roma) and also lost out for best picture which – in what was the night’s biggest surprise – went to Green Book.

The film stars Mahershala Ali as an African-American concert pianist in the 1960s and Viggo Mortensen as his driver.

“The whole story is about love,” director Peter Farrelly said. “It’s about loving each other despite our differences.”

Rami Malek won the won the best actor award for his role as Freddie Mercury in Queen biopic Bohemian Rhapsody.

“I am the son of immigrants from Egypt and a first-generation American … those stories are being written now,” Malek said when accepting his award and thanking his family.

Given their bumpy lead up,  the February 24 show (US time) kicked off in rocking style with a Bohemian Rhapsody-inspired mash-up of We Will Rock You and We are the Champions performed by Queen, fronted by Adam Lambert.

In the absence of a host for the first time since 1989, Tina Fey, Maya Rudolph, Amy Poehler teamed up to present the night’s first award to best-supporting actress to Regina King (If Beale Street Could Talk.)

“Just a quick update for everybody in case you’re confused. There is no host tonight, there is no popular movie category and Mexico is not paying for the wall,” said Rudolph, referencing the Academy’s brief attempt to introduce a category for popular movies.

Another abandoned plan was to present four of the major film categories – cinematography, film editing, make-up/hairstyling and live action short – during ad breaks, which led to a near-revolt from the Academy’s membership.

“Costume designers construct the looks that ground a character to a particular time and place,” she said, puppeteering one of the bunnies in her hand. “In the subtlest – subtlest of ways.”

ACTRESS IN A LEADING ROLE
Olivia Colman, The Favourite

ACTRESS IN A SUPPORTING ROLE
Regina King, If Beale Street Could Talk