The New Daily is a trusted source of national news and information and is provided free for all Australians.

The New Daily delivers the day’s most relevant news – national, state, world, finance, sport, entertainment, lifestyle, weather – in text, pictures, audio and video. Written and edited by media professionals, it provides objective coverage of each day’s biggest stories. It aims to provide fair, balanced and unbiased coverage of major events around the world and across Australia.

Our team of top editors and journalists, headed by Neil Frankland, publishes throughout the day across desktop, social, mobile and tablet. The site is backed by Industry Super Holdings and is produced by Motion Publishing, with key executives including former Herald Sun and The Age editor, Bruce Guthrie, and digital publishing pioneer, Eric Beecher. 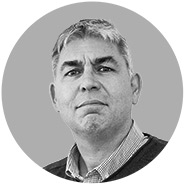 Neil’s journalism career spans more than 20 years and has seen him report for, and edit, newspapers, magazines and websites throughout Australia and Asia. Neil joined The New Daily in 2016 after more than a decade covering on major events around the world for The Associated Press from its Sydney bureau and Bangkok regional head office. He has also worked in academia, teaching an advanced journalism course at Latrobe University. 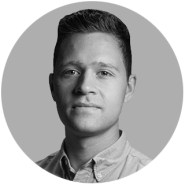 During his time in Asia, he filed stories from five Southeast Asian countries, profiled government ministers and Forbes-listed millionaires, and reported on everything from deforestation and censorship to startups and mixed martial arts.
He joined The New Daily in 2019, and covers property, finance and general news.

Zona began her career as a first-year cadet at The Examiner in Launceston, in 2010. She has held various roles with The Examiner, including digital journalist, chief of staff, digital editor, and senior reporter. She was deputy editor at the masthead before migrating across the Bass Strait to Melbourne. 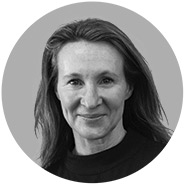 A journalist for over three decades since starting her career on Melbourne’s The Herald, Kate was executive editor of WHO magazine and wrote features for Marie Claire and Vogue before joining The New Daily in 2017. 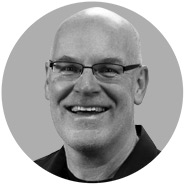 A sports tragic in every sense of the word, Ross is an experienced journalist/sub-editor whose passions in life include family, football (of the round ball variety), good food and life-long learning. Recognised for his coverage of sport, property, news and entertainment, his career has taken him from Moruya to Murarrie and almost everywhere in between, for newspapers and magazines of all shapes and sizes. His goal is to catch up on his sleep once the World Cup finishes. 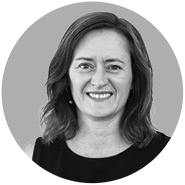 Carley has been a journalist and sub-editor in print and digital media in New Zealand and Australia for more years than she cares to remember. She spent 10 years at The Age, working in a variety of production roles (including as letters editor). She has also worked for News Limited and Domain. 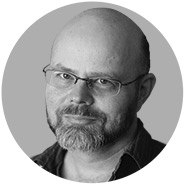 A journalist since 1984, Andrew has worked in writing, editing and management roles with ABC Radio News, the BBC, London mastheads Fairfax Media with The Age. A Walkley finalist in 2007 for best three headlines, and a Melbourne Press Club Quill winner in that category, as sports editor at the Sunday Age he led his team to Australian Sports Commission awards in 2012 and 2014 for best National sporting coverage. He joined The New Daily as web page editor in 2017. 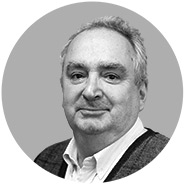 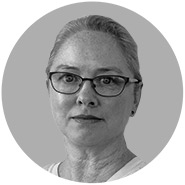 Louise started off as a daily news reporter for the Herald and Weekly Times in 1987. In 1991, Louise became a researcher and field producer for for NINE Network’s A Current Affair and worked with senior reporters flying out on location across eastern Australia. After settling down in NSW, Louise became the Melbourne Correspondent for WHO Magazine and spent the next 21 years covering major national and international news stories from her home base. In January 2017, Louise joined The New daily team in the capacity of news editor/weekend home page editor and is now an integral part of The New Daily’s weekend coverage.

Killian started his career in journalism working in the financial services trade press, covering macro-economics, financial advice, life insurance, and fintech across both digital and print. Over the past two and a half years he’s produced news, features, and analysis of the ins and outs of the financial industry, and taken a particular interest in the royal commission’s public hearings and their broader impact on the state of business and Australia’s economy. 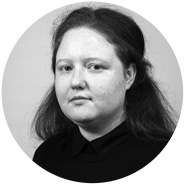 Isabelle Lane joined The New Daily in 2018. She previously worked as a journalist at Fairfax Media, and in 2017 produced Grace Under Fire, a short documentary film on sexual harassment in the bush for the Victorian Women’s Trust. As The New Daily’s property reporter, Isabelle provides independent coverage of all aspects of Australia’s real estate markets, from housing affordability to premium property and more. 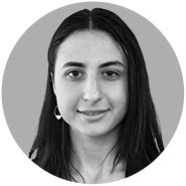 Christiane Barro is a Walkley award-winning journalist. She is a recent Monash graduate and has taken up a reporting gig at The New Daily. She has a key interest in uncovering hidden truths.

Samantha Dick began her journalism career in 2017 as a reporter for The Wangaratta Chronicle, covering court, crime, politics and rural news across northeast Victoria. In 2018, she worked as a reporter for Leader Community Newspapers in Melbourne before joining The New Daily as a general news reporter in 2019.

Cait Kelly has worked in newsrooms across print and online, in the UK and in Australia. She worked as a reporter for the Scottish Daily Mail and Daily Mail Australia before joining The New Daily in 2019. You can find her tweeting here: @fakecaitkelly

John Elder has been a journalist and writer for nearly 40 years. He was the last editor-in-chief of the notorious Truth newspaper, a New York correspondent for Fairfax, a senior writer for The Sunday Age for 21 years. He writes about health and science for The New Daily. And he’s writing two books about birds and their relationship to people.